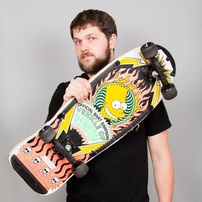 Nick Nummerdor was raised in Muskegon Michigan and is a filmmaker currently living in Chicago Il. He spent his college years studying documentary at Columbia College while interning with Kartemquin Films. Following college he worked a few years as a project manager for a small media company while PAing for films like Freakonomics and Transformers. His boss convinced him to go out on his own.

Nick recently completed the documentary "Vannin'" now available on Amazon Prime which he co-directed and had a hand in everything from conception to finding a distributer. Vannin' successfully screened at Fun Fun Fun Fest, Alamo Draft Houses in Austin Tx, San Fransisco Doc Fest, Virginia Film Festival, & had its world premiere at the Calgary Underground Film Festival.

In 2013 he spent a month in Scotland producing and doing sound for a feature length documentary on comedian Hannibal Buress titled "Hannibal Takes Edinburgh" as he performed at the world renown FRINGE comedy festival in Edinburgh. Produced by Judd Apatow and Hannibal, edited by Joe Beshenkovsky(Cobain: Montage of Heck), and Directed by Ryan Ferguson (Skate or Die). Coming out in 2015.

Nick and his work have been featured on the ABC morning news, WBEZ, Wisconsin Public Television, CinemaJaw podcast, Reel Chicago, various Chicago newspapers, & even a few German RV magazines. He is the creative director of Little Cabin Films a production company he started in 2009. Via LCF (with partner DP Andrew Morgan) he has made a variety of online commercials, documentaries, and spots for clients like Bucketfeet, Garrett Popcorn Shops, Music Direct, IBEW, Chicago Architecture Foundation, & Northwestern University. He has been a producer on the Chicago Marathon Video shoot for over 5 years working hand in hand with Chicago's best cinematographers.

Since 2008 his video work with Nogginlabs has been apart of many sprawling E-Learning projects that have won dozens of Brandon Hall Awards for clients like the Cicerone Certification Program (Beer Savvy Training 2013), Tiffany Diamonds (New Manager Training 2012), & OfficeMax (Best use of Video for Learning 2013).

Nick has been a part of video projects all over the world in a variety of roles and has recorded an estimated 300+ interviews in work life. He and his wonderful wife share an old house, a dog, and a charming cat.  He collects a lot of things. In his soul searching free time he is developing a few documentaries, working on his house, and helps run a skate blog/company for "over the hill" skateboarders called Pardon My Thrashing as well as a non profit providing skateboards and lessons to children. 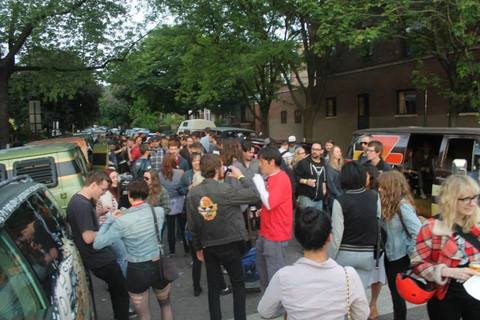